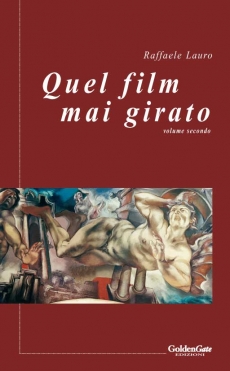 Fictionalized version of the script (part two) for a film never made due to the sudden death of the protagonist, Angela, the Author’s mother. Vincenzo Scotti: "This novel is a great political essay, right in the highest meaning of politics as a great collective adventure, as a choral man's response to the challenges of time, i.e. politics as a structure that is not only made by the great ones who leave their names in history books, as Manzoni said, but also by all the humble ones whom no history will remember, but who created a profound change in society. It is a fictional essay on the change of Italian society in one of the most fascinating periods in the history of our country, from the fall of fascism to the '90s." Carlo Mosca: "I have found there the absolute need of man to have faith in the Transcendent, as the only alternative to the mystery of death."