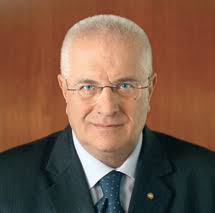 Raffaele Lauro was born in Sorrento, from Luigi and Angela Aiello, after the elder brothers Luigi and Aniello and before the younger one Giuseppe. In his youth, to provide studies, he worked as a receptionist in hotels in the Sorrento Peninsula.

He attended high school in Sorrento, at the Sant'Anna Institute, graduating with honors and reporting of the Commission.