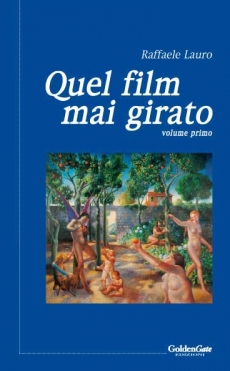 Fictionalized version of the script (part one) for a film never made due to the sudden death of the protagonist, Angela, the Author’s mother. Gianluigi Rondi: "This story, as it is written, has a depth of analysis that a film could never have. You would lose the monumental figure of the protagonist. You would lose the scent of that hortus conclusus of Sorrento. This is the novel we would all want to write." Patrizia Danzé: "The Author has put the family in the novel and the novel in the family. The juice of the whole story is right here, in this connection of love and family, which wins the games of life."

The recovery of the sense of death, and not its continued exorcism, is a necessary step for the salvation of the man of the third millennium and for the discovery of hope in the transcendent.