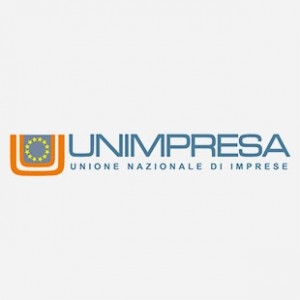 The Italian economy and society are desperately trying to get out of the darkest period since the end of the Second World War. The national production this year is experiencing an unprecedented decline, estimated at -12%, and next year it is only expected to recover a fraction of what was lost.
The unemployment rate, considering both the unemployed and the non employed, has reached its limits; many companies have been forced to shut down and are unlikely to reopen; incomes are decreasing; outstanding debts are opening chasms in the banks' balance sheets and public debt is reaching heights from which it is impossible to come down without getting seriously hurt.  The harmful effects of the pandemic have thus been added to the structural deficiencies of a country-system which, over the last twenty years, was faced with the challenges of globalization and the European "limitations" without having the ability to reap the benefits of the Union's positive stimuli, and did not have a shred of consistent, continuous and flexible industrial policy.
A lost ship led astray by the waves, with no set course, helm, or captain!

The two Conte governments of this eighteenth republican legislature, paralyzed by contradictory programs and supported by spurious majorities, have not even faced the problem of defining an industrial policy.  Furthermore, the current government, overwhelmed by the epidemic, has so far tried to slap a band-aid on the crisis by resorting to interventions that, in normal times, would be incompatible with a competitive market economy, launching only buffer measures and revealing a total lack of strategy for exiting the abyss into which we have fallen.
In particular, there is a lack of a vision and of an “industrial policy” strategy that guides and directs the choices of businesses, families and the public sector towards the factors that drive economic and social development. Instead, any interventions are simply based on welfare, which generates endless dependencies, and there are only a few fragments of support for some important activities, such as innovation and exports, without a prospective framework for the next few years and without intervening on the deep-seated issue that have penalized and impoverished our country for years.
To face the many challenges of today, and for a better tomorrow, the political class as a whole and the members of the executive in office would do well to treasure the book of an expert with a lot of experience, Salvatore Zecchini, entitled "Industrial policy in the  Italy of the euro ”, published by Donzelli, recently released in bookstores.
It is a voluminous essay on the shortcomings and challenges caused by the lack of an "industrial policy" in the last twenty years. In it, the Author analyses the terms of the problem, clarifies the foundations of a valid approach and sifts through what has been put in place and implemented by all the governments in office from 2000 to 2020.
It is a true unicum in the panorama of literature on the subject, since much has been written on individual interventions, but not on all the actions of each individual government, nor on their interconnections or inconsistencies.
First of all, the propaganda beliefs according to which the euro contributed to all the pitfalls of our economy are disproven: the data contradict them and the comparison with other member countries shows that all have had to adapt to the monetary union with different degrees of success.
It is therefore important to note that the Author clarified, at the beginning, how crucial "industrial policy" is in order to reduce the weaknesses of the system and enhance its strengths in the context of an extensive integration into the "single European market" and of shared limitations between member states to each other's economic policy autonomy and extraordinary openness to foreign competitors outside the area.
This element was not present in the actions of past governments for several reasons, including a lack of clarity on the contents of such a policy. It was mistakenly believed that incentives and aid to this or that industrial sector were enough to achieve results, while on the contrary, such a policy focuses on all the issues in the system, both in manufacturing and in services, because there is a close interdependence between these sectors. This can be confirmed by looking at the current trends that show, worldwide, a "servitization" of the industry, in the sense that its success is increasingly linked to the services it uses before, during, and after  the production processes.

THE DEVASTATING CONSEQUENCES ON THE SYSTEM AND THE STILL UNRESOLVED ISSUES

If building an "industrial policy", therefore, means changing the allocation of resources determined by the market to stimulate competitiveness and economic and social growth in a sustainable way over time, it is necessary to define its traits and characteristics in order to be able to assess its adequacy, thereby overcoming the issues that certain experts have faced in trying to grasp its many ramifications.
It is particularly important, then, to focus on the regulation of the labor market, on the efficiency of the financial system in providing resources to deserving companies, on the conditions needed to disseminate research and innovation in the entrepreneurial system and on the environmental context in which companies operate, i.e. civil justice, bureaucracy, taxation and security.
Comparing that with the approaches followed in the biggest developed countries helps to understand the mutual influence that is exerted by the positioning of our country in an international system, in which the actions of others must be taken into account in order to respond to the adverse effects and exploit the favorable ones.
The influence and conditioning of the European Union have been more pervasive and have been divided into various branches such as state aid regulations and market competition, external trade policies,  measures for large industries experiencing a crisis, such as the steel industry and shipbuilding, research and development programs for a technological advancement and, lately, the return of an interest in the creation of a European-wide industrial policy, which, however, was allocated very modest funding.
The initiatives promoted by Brussels actually had a fruitful role in stimulating and guiding our country when it comes to launching sector policies and acquiring an overall view on what to do.
Against this background, the Author traces the evolution of the production system and identifies a set of key factors that would have required public intervention to progressively amend their existing weaknesses and to leverage them more effectively on any potential competitiveness and economic growth drivers.
These factors are rightly identified by Zecchini as follows: investing in research and innovation, to be intensified and extended to the entire entrepreneurial environment; training of skills in the fields required by the economic system; internationalising and aggregating SMEs to overcome the disadvantages of their smaller size; dimensional growth of companies to compete better; access to a multiplicity of financing sources; developing of business services, from logistics to marketing; fair competition; access to energy at costs comparable to those of foreign competitors; flexibility, to adapt to the speed of the fourth industrial revolution currently in progress; strengthening tangible and intangible infrastructures; promoting safety on the territory and in the environment; administrative and regulatory simplification and, last but not least, the "governance system of industrial policy, from the moment of its conception to its implementation and to the evaluation of its results".

How have governments responded to these needs? The analysis is conducted on the basis of the measures taken and actually implemented, with a wealth of data and in-depth studies on the effectiveness of individual interventions. The resulting picture shows disorganized policies, lacking a clear program, fragmented, uncertain in orientation, implementation and commitment of resources, with poor coordination between central and peripheral authorities, with a mixture of continuity between governments on some fronts and discontinuity on others, together with some course reversals – everything, at the end of the day, is taken hostage by bureaucracy, with its complex and ineffective procedures, latent resistance to change and regulatory voids.
The legislation, also requested by the EU, to foster and promote unbiased competition did not come to light but a couple of years ago, and even then with only a modest reach: investments in infrastructures were cut after the momentum of the first half of the 2000s; tax relief on business income was marginal; the burden of civil justice on the economy was not at all alleviated; insecurity on the territory and embezzlement of resources were not significantly fought against.
Often, the long delays in translating new interventions into reality have compromised their very usefulness. On some fronts, however, progress has been made that could produce positive results in the long run: for example, the establishment of independent sector authorities, the creation of the energy market, the launch of a network contract for the aggregation of  SMEs, the plan to support the transition to Industry 4.0, the plan for the digitalisation of the country, and the legislation for equity crowdfunding.
Only on two occasions have governments attempted to enact a coherent, albeit partial, industrial policy program: once, in 2005-2006, and a second time ten years later.  In the first case, of which I myself was a direct witness, in my role of head of cabinet of the MISE, differences within the Berlusconi government, rivalries, and the selfishness of some ministers (Tremonti and Scajola) prevented its approval and execution. In the second case, following the launch of several incentives for investing in research and innovation, these were belatedly integrated into the Industry 4.0 program at the end of the mandate. Two missed opportunities!

The Author concludes his extensive investigation and feedback with indications for improving the approach followed so far.  In particular, he hopes for a change in the policy paradigm in the sense of moving towards an industrial policy "functional" to the evolution of the production system, as indicated by the technological revolution in progress. A policy supported, in particular, by interventions for the strengthening of strategic infrastructures and to improve the underlying conditions for companies. In short, a policy that helps to lead the economy, and not just industry, into the "fourth industrial revolution", hinging above all on the realization of a knowledge economy through innovation, research, infrastructures and extensive training. The Author envisages an holistic program that focuses on a few axes, including providing support for entrepreneurship; a broader articulation of the financial system; training a managerial class capable of managing change and reforming the institutions most relevant to the economy: from civil justice to public procurement and contracts, to the excesses of standardization and regulation, as well as the dysfunctions of the public administration. With such an approach, after the pandemic shock, the old dichotomies between horizontal and vertical measures, between defensive and strategic, between entrepreneur state and regulator state, between promoter state and facilitator state, would be overcome.
All tools should be put in place within an organic and cohesive program in which each action has its logic justification. Given the breadth of the challenge, the Author rightly asks himself, and so do I with him, if these are simply unrealistic indications or if there are margins and skills that can carry them out to some extent, during this unfortunate legislature and with the government currently in charge.
In other words, whether this legislature should be considered, after twenty years of disappointed expectations, definitively lost for the purposes of defining an industrial policy worthy of the name, or whether the current political leadership, which so far has unfortunately been dominated by confusion and inconsistency, will be able to face and resolve this age-old question.
Exigua his tribuenda fides, here fine loquuntur!