“DON ALFONSO 1890 - SALVATORE DI GIACOMO AND SANT’AGATA SUI DUE GOLFI”. THE NEW NOVEL BY RAFFAELE LAURO DESCRIBES THE GREAT POPULAR TRADITION OF HUNTING FOR QUAIL PRACTISED IN MIGRATION PERIODS BY MEN, WOMEN AND CHILDREN. GAME WAS AN ESSENTIAL COMPONENT OF THE POPULAR CUISINE OF SANT’AGATA. 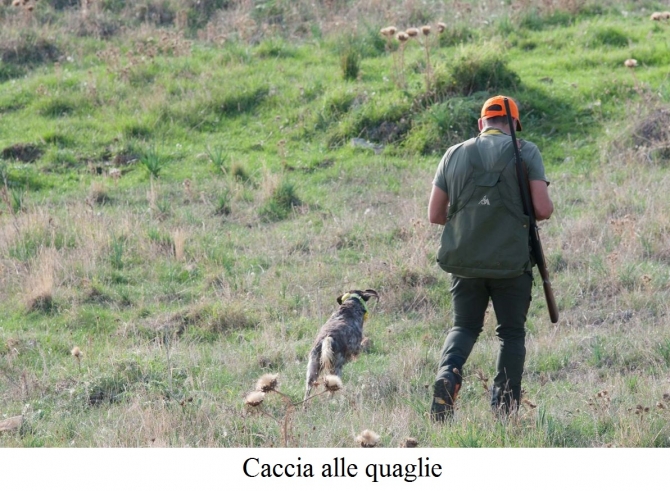 As a maritime solicitor I am more accustomed to speaking in public about legal and navigational law rather than about literature and narrative. However, for the second time and for the same reasons of esteem, friendship and personal consideration, I accepted to present on 10th July in Sant’Agata sui Due Golfi the new novel of my Prof. and my Godfather of Confirmation, Raffaele Lauro, “Don Alfonso 1890 - Salvatore Di Giacomo and Sant’Agata sui Due Golfi”, which in an exhilarating and engaging manner celebrates the mythical figure of my native village, Don Alfonso Costanzo Iaccarino, the great Neapolitan poet, Salvatore Di Giacomo, in love with my land and, last but not least, an Italian excellence in the world, the multi starred chef, Don Alfonso Iaccarino, linked with my late father Franco for the common and shared passion for hunting. I can say without fear of going wrong that in that case Don Alfonso was a student of my father (not like in the kitchen!), and sometimes, though they weren’t peers, also his younger companion in hunting, sharing his fascination with hunting dogs. Their faithful friends. I am not revealing anything new apart from admitting the great admiration that, along with my wife Paola and with the family of my brother Lello, who continued my father’s business in Sant’Agata, I nurture for the professor (and his parents who lived for a while in Sant’Agata, our neighbours, very close to my mother!) and for the Iaccarino family, Don Alfonso and Livia, as well as for their sons, Ernesto and Mario. So I devoured the drafts of this book and, as a person born, raised and resident of Sant’Agata with my family in this wonderful village, I was enthusiastic (and excited) especially while reading the pages that describe the history of Massa Lubrense and Sant’Agata, about the life, customs and religious rites of our community, as well as the socio-economic evolution between agriculture and fishing, which took place due to the influx of tourism, initially exclusive and than on a mass scale. Nor could I forget the descriptions, through the eyes of Di Giacomo, of the most beautiful and suggestive corners of Sant’Agata visited with my childhood companions: Deserto, Fonte di Canale and Santa Maria della Neve. Although I haven’t been hunting for many years, unlike Don Alfonso and my brother, and in this I represent an atypical case, I have asked Prof to describe this popular tradition well documented in the book, during our pleasant conversation: a collective passion passed from generation to generation of men and women from Sant’Agata (women also used to hunt in Sant’Agata!) for hunting of migratory birds, such as quail.

Q.: I know you have not been and you are not a hunter, Professor! Then explain to me how did you succeed in recreating this passion of Sant’Agata in your beautiful book, with details that had been unknown to me?

A.: Don Alfonso spoke to me about it passionately and for a long time. He practices the same passion as his grandfather and father. I then researched this custom, popular not only because of its fun but also due to its necessity, in all the books and papers on Sant’Agata. I gathered information mainly from your brother Lello, who also made me discover verses on hunting written by a vernacular poet from Massa, Francesco Saverio Mollo. His compositions are a mine of information and narrative ideas, such as the existence of female hunters in Sant’Agata, like Nannina, called ‘a Cacciatora, who with a cartridge at her belt and a shotgun on her shoulder climbed every morning onto the “Monteaccòvero” to hunt. 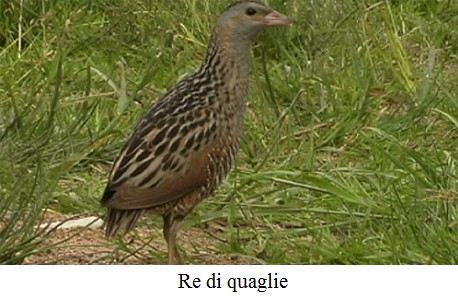 Q.: Every male inhabitant of Sant’Agata, apart from women, had at least one shotgun. Is this still practised?

A.: Every inhabitant from Sant’Agata, a child, a boy or a girl, before learning how to read or write, learnt how to build and use traps to capture quail, those little galliforms, very sought-after in the local family cuisine. Likewise, girls and women were hunting quails with cages. In short, hunting for these migratory birds included all social segments and was integrated with other working activities regulated by seasons and meteorology. At least until a few years back. I do not think that hunting today, even though it is enduring, is as widespread as in the past.

Q.: Hunting, excluding the origins of humanity, when one hunted to survive, has not historically been a popular phenomenon, but one of elite. Nobles went hunting on their lands and in their holdings as a playful exercise, as a social status.

A.: In fact, Sant’Agata demonstrated the coexistence of hunting practised by the “signori”, who arrived to the village in the summer, such as the nobles form Sorrento or Naples, who were very good at it as an expression of their class, and the hunting of ordinary people, an integrative and not secondary mean of obtaining food resources needed by the family. Of proteins and salts. Poet Mollo writes: “L’ommo accide l’animale pe’ magna’”! A man kills animals for food. Or to get an additional income.

Q.: Are you referring to game sold in Naples or packed with bullets?

A.: Certainly. Since the nineteenth century, some conveyors, in addition to selling fish, fruit, dairy products and veal meat, also supplied some Naples shops during migration seasons with quail captured over the previous night, sought after in Neapolitan cuisine. A proof of this central “nutritional” position of quail are many culinary recipes of women from Sant’Agata, passed on from mother to daughter, just as the passion for hunting was passed on from father to son.

Q.: Quails, therefore, exhausted by long-haul flights with speeds of up to ninety kilometres per hour, would find in Sant’Agata crowds of men, women and children ready to catch them?

A.: They would try to hide in low vegetation, but it was especially the females waiting for the males as they peered down, to fall victim to nets, laces, false calls, cages and, of course, shotguns. Intended for sale in Naples or for cooking at home.

Q.: I remember this familiar tradition of cooking quails or other game!

A.: Quails, unlike other birds, did not have to “hang”, they were clean and they ended up straight in tins, in cake tins or in pans, a whole bird to be browned, braised, roasted or stewed. In the oven, spit or grilled. Or stuffed with aromatic herbs, larded, in foil. In order to make family dinners in Sant’Agata more nutritious, garnished with vegetables, potatoes or cereals. 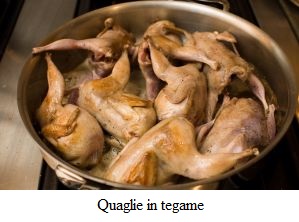 Q.: Hunting in Sant’Agata, however, was not limited to tasty quails, abundant in periods of migration.

A.: The most extensive prey was hunted during the year in pine forests, in chestnut woods, in olive groves and even in the marshes of the sea: warblers, sparrows, oyster catchers and turtle doves, all consumed by the family, roasted, in ragù, in pies, married with pork or bacon. I found dozens of home-made recipes, with hunted prey grilled in onions or fragrant leaves of aromatic herbs. In the absence of quail, turtle doves were particularly valuable, the broth was used for new mothers to wean their children. More valuable still was thrush, whose broth was lighter and more nutritious. Therefore more suitable for weaning children. Poet Mollo also assists here: “‘o brurillo fa bene a lu nennillo!”. The broth is good for the baby!

Q.: I wonder if I was weaned with dove or with thrush broth!