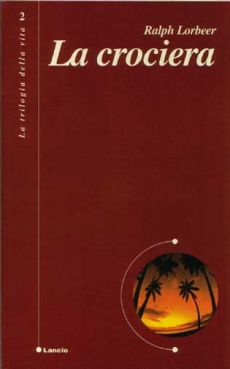 Pascal, a forty-year-old financial journalist from Paris, has lived in Rome for five years in a beautiful house on the Aurelia Antica. After the tragic death of his wife Claude and his beloved daughter Dominique, he lives isolated from the world, denies himself any emotion and buries every drive connected with love. By chance in January of 2062 he breaks the self-segregation and heads to the Caribbean. Two young people, Bruno and Elka, met and present during the cruise to Saint-Barthélemy, help him rediscover his real erotic dimension. The sensual and intellectual communion between the three is powered by the energy of the omnipresent sun, by the transparency of the Caribbean nights and by the coolness of the sea. The nighttime bath of the protagonists in the waters of the Lesser Antilles, with the view of the illuminated yacht, is a moment of sublime involvement. At the end of the cruise and his vacation in the Caribbean, but not without another twist on the identity of the two Samaritans of love, Pascal Lambert risen from the dead returns to Paris.

In a society that transforms reality into pure virtuality, love becomes one of the remaining reserves of creativity of a man.