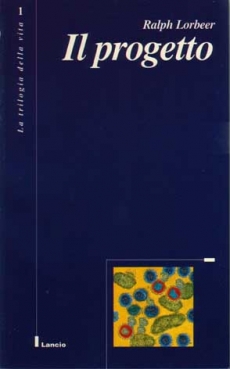 Barbara, an American researcher awarded a Nobel Prize in Medicine in 2040 for her studies on the application of gene therapies, has managed to eradicate deadly diseases, such as cancer and AIDS. As an agnostic Barbara has unlimited confidence in science, just like her father Kenneth accused of being an advocate of eugenics. Barbara, an international symbol of the new title role of a beautiful, charming and wealthy woman, develops a plan of designing herself a son, David, with the help of genetic engineering. According to the intention of his mother, David will be the heir and successor of the Stein dynasty in alliance with the largest multinational pharmaceutical company. Brilliant student and magnificent athlete, David follows maternal project also aesthetically, up to the brilliant accomplishing of medical studies at the age of only twenty. Then, without any notice given to his mother, he abandons the scientific future and chooses to serve the poorest of the poor in Northern Kenya, where people are still dying of measles and tuberculosis. This is the first defeat. The second one occurs when Barbara's son returns ill from Africa, affected by an unknown virus. The desperate battle in the laboratories of the Cleveland Clinic, lead by Barbara, ends with her surrender. On his deathbed, David, whose short life was an act of love, transforms his mother's double defeat into a double victory.

The limits of genetic engineering, the dangers of eugenics, the relationship between science and faith, the false confidence in science without the boundaries of morality: these are the themes that run through this narrative story full of emotion and intense spirituality.