THE GREAT SUCCESS OF "SORRENTO THE ROMANCE" BY RAFFAELE LAURO IN THE SENATE: SORRENTO, THE CENTRE OF THE WORLD 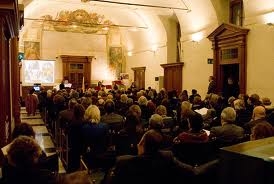 A great success and enthusiastic reviews of the speakers last night in the Senate, at the presentation of the historical novel "Sorrento The Romance" by Raffaele Lauro. A crowd of senators, prefects, diplomats and senior officials from the Presidency of the Council, the Ministry of the Interior, the Ministry of Economic Development, the Court of Audit, Rai, Mediaset and CNEL, as well as many Roman and Sorrentine friends of the Author. In particular: the Mayor of Sorrento, Giuseppe Cuomo, the Deputy Mayor, Giuseppe Stinga, and the Councillor for Culture, Maria Teresa De Angelis. The municipal administration of Massa Lubrense was represented by the Council Member, Diego Piroddi. The extensive presence of the press and national and local media: from Tg 1 Rai to Tg5 Mediaset; from Report of Milena Gabanelli to Rai News24, from Ansa to Agi and AdnKronos, as well as Sorrento ChannelTV. Soon the recording of the entire event will be broadcast on the website dedicated to the novel:www.sorrentotheromance.com. Lucchini from ENI emphasized that the novel of Lauro advances the current issues of international trade, with reference to the goods then and to energy nowadays. Senator Astorre from PD praised the work for the documentation of the historical context, referring to the role of Pope Pius V and Admiral Marcantonio Colonna. The extraordinary performance of actor Alessandro Preziosi, who alternated the lecture of a few passages from the novel with timely feedback on the process of Marino Correale's convertion to Islam and engagement between the cultures, such as encouragement of civility and inter-religious dialogue. Vincenzo Scotti exalted the entire narrative activity of Lauro, who with this work is placed on the national and international literary scene. This way Sorrento becomes the centre of the world. Exciting and engaging conclusions of applauded Archishop Vincenzo Paglia, who confessed to be very moved while reading the final chapter and by the amazing descriptions of Massa Lubrense, Sorrento and the Sorrentine Peninsula. He interpreted the final scene of Marino Correale (Brother Antoninus) dying while kissing the wound in the side of the sculpture of the Dead Christ, which he carved, as the paradigm of a renewed Christianity which, while not abandoning its identity, must rediscover with the pontificate of Pope Francis its evangelic and redeeming dimension for all mankind. The next presentation meetings will be held in Sorrento, on 30 November at the Town Hall at 10.30 am, and in the afternoon at 5.30 pm, and then in Sant'Agata sui Due Golfi at the Confraternity of SS.Rosario.