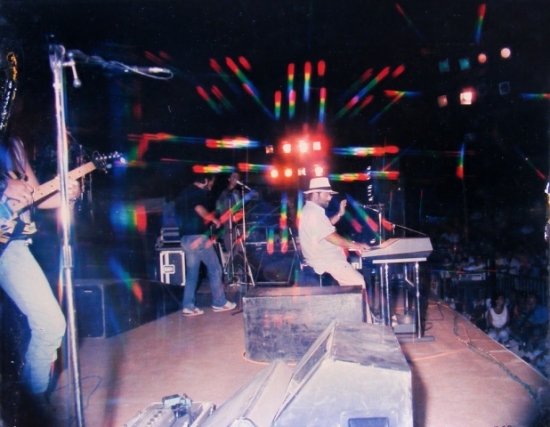 After the presentation of the biographical novel by Raffaele Lauro, “Caruso The Song - Lucio Dalla and Sorrento” on 7th August 2015 in San Martino Valle Caudina, on 18th December, yet again the Council Chamber of the Town Hall will host the presentation of the new novel by the Sorrentine writer on the great artist from Bologna, “Lucio Dalla and San Martino Valle Caudina - In the eyes and in the heart”.

The book, in Italian and English, highlights the special bond between the village of Irpinia and Lucio Dalla, consecrated by memorable concerts, such as the one of 17th August 1986, when Dalla for the first time sang his masterpiece, “Caruso”, composed in the earlier weeks in Sorrento, in front of a large audience. The program of the event starting at 4pm includes the ceremony of the granting of honorary citizenship of San Martino Valle Caudina to Raffaele Lauro by the Comunal Council. The ceremony will be followed by the presentation in national première of the new work by Lauro, and will be introduced and coordinated by Massimo Milone, director of RAI Vaticano.

The guests will be welcomed by the Mayor of SMCV, Pasquale Ricci, and the Councillor for Cultural Events SMVC, Erminio Petecca. Among the speakers: Domenico Pisano, President of Pro Loco SMCV; Alfredo Marro, Director of “Il Caudino”; Gloria Raviele-Russo, friend of Lucio Dalla; Gianni Raviele, former head of the cultural division of TG1, and Matthew Piantedosi, Deputy Head of the State Police. The event will be concluded by the honourable Gioacchino Alfano, Undersecretary of State for Defence. It will also be an occasion of the inauguration of the new video surveillance service funded by the Ministry of Interior. “I am very honoured – said Lauro – and sincerely grateful to the Mayor and the City Council of San Martino Valle Caudina, for the honour granted to me in form of the honorary citizenship, which consecrates the ideal, and previously unknown, bridge created by Lucio Dalla between Sorrento and San Martino Valle Caudina.”