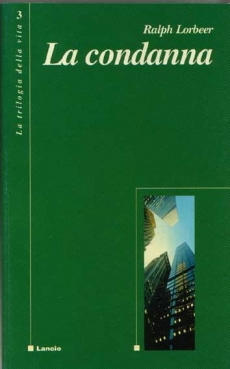 Milton, a twenty-eight-year-old commercial artist, in the year 2096 becomes convicted by a strange court to live forever. Incredulous first and then more and more aware of the extraordinary privilege Milton indulges, in a futuristic scenario, in a life devoted to love and beauty of nature and art. Time passes and when his wife and friends die, he is then forced to flee and constantly create new relationships and friendships. Anxiety is lurking. Like a snail Milton drags behind him the increasingly cumbersome burden of memories. He's on the verge of insanity. It seems increasingly clearer that the ruling was not an undeserved prize, but a true conviction. His life, eternal due to a decree, misses the essence of existence which is the fear of death. Listening to Mozart's Requiem Mass accelerates the crisis: with the help of a providential and singular guardian angel, he decides to ask the court to revoke the sentence. This will be granted to Milton Crois after he performs a praise of death, understood as an intrinsic moment of life.


The recovery of the sense of death, and not its continued exorcism, is a necessary step for the salvation of the man of the third millennium and for the discovery of hope in the transcendent.