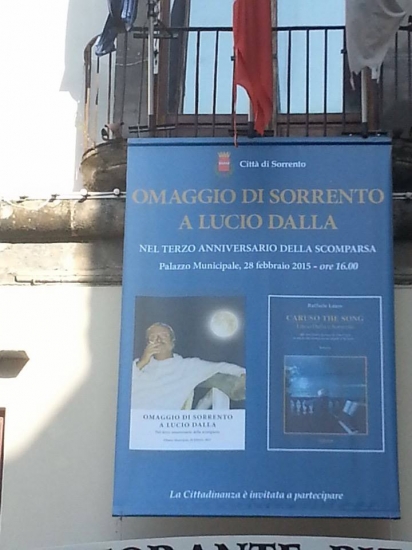 On Saturday, 21st February 2015 at 3 pm, the Sorrentine writer, Raffaele Lauro, will be interviewed live on RaiNews24 on the Sorrento's Tribute to Lucio Dalla event (Sorrento, the Municipal Palace, 28th February 2015, 4 pm), organized by the City Council on the occasion of the third anniversary of the death of the great singer-songwriter from Bologna (1st March 2012/1st March 2015), and on the new biographical novel entitled "Caruso the Song - Lucio Dalla and Sorrento". During the interview, the discussion will focus in particular on the almost fifty-year-long bond of the singer with Sorrento and on the true origins of his masterpiece, "Caruso".