Sei qui: Home » News archive » Lauro: After their victory in Sanremo, Premio Caruso should be awarded to "Il volo"

Lauro: After their victory in Sanremo, Premio Caruso should be awarded to "Il volo" 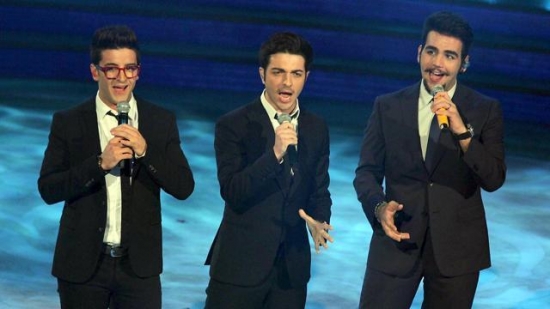 After Il Volo's exceptional victory at San Remo with the beautiful song "Grande Amore", the Sorrentine writer, Raffaele Lauro, publically relaunches at the Minicipal Administration of Sorrento a proposal formulated right from the beginning of the year, to award the "Premio Caruso 2015" to Il Volo @ilvolo. Lauro's proposal has gathered thousands of supporters all over the world: "Ignazio, Piero and Gianluca are no longer minor tenors, as defined by a part of our very provincial press, but a musical phenomenon of a global level, which honours our country and makes us proud. Today they express an ideal continuity following two great world class artists, Andrea Bocelli and Lucio Dalla, who, in 2002 and 2003, were awarded the prize in its first two editions. For this reason I publicly renew my proposal addressed to the Mayor of Sorrento, to award the Premio Caruso 2015 to #ilvolo". Later on Lauro added: "It would be really exciting if the announcement was made on 28th February, during the planned "Sorrento's Tribute to Lucio Dalla" event, on the eve of the third anniversary of the death of the singer-songwriter from Bologna – a friend of Sorrento for nearly fifty years, since 1964, which I have described in my biographical novel 'Caruso The Song'."