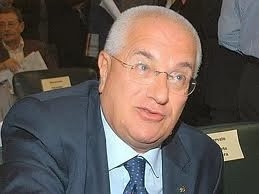 Yesterday I dove into the soul…….
to go in search of a distant light.

I walk there in those thousand streams of mine,
not to shorten the rebel sunset
of the existence.

But I do not think about it that much.......
I devour the speaking rocks, right there
in that boat of mine which chases the foam
of desires and I am absorbed in this enchantment.

I know what awaits me sooner or later……
it's a treasure trove where anything can be,
regret or hope.

I understand, however, to live like a tortoise
by slow steps and not nailed down by the lightning
of a human weakness, that sometimes
is also carelessness and desire to be there,
or more..... it's like a dip in the sea without
a run up.

So I disguise as a thinking creature
and taste the remote barricades of human
thoughts, broken in the middle of a liberating
breath, which rises up and then........ discharges
the hypocrisy of a worldly illusion.

I feel catapulted into the storm dressed
in black, in that scary dark, I just
don't know how to climb it.

So I try to be a bare impression
and spy on the hot veil of an instant.......
for that destiny scattered in clusters.

And yet.... the look of a person who loves me
is always there and invites me to smile,
to be able to resist the call, sometimes
tormenting........ of sadness.

In the meantime I don't think any more of this light,
lying but sincere.... disguised in a thousand dreams,
all to repaint a distant memory.