Sei qui: Home » News archive » Extraordinary success of "Sorrento The Romance" in the Municipality of Piano di Sorrento and at the Ducal Palace in Presenzano 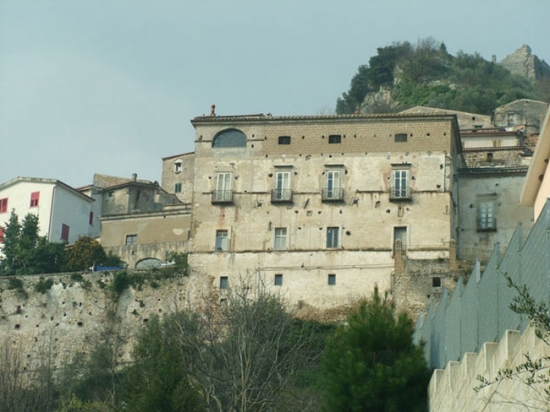 A huge and more than expected and desired success of "Sorrento The Romance" by Raffaele Lauro, published by GoldenGate Edizioni, during the presentations with audiences and critics. The crowded room in Piano overflowed with personalities and representatives of politics, culture and civil society: community leaders of Sorrento, Piano, Meta, Massa Lubrense and S. Agnello, former MPs, former mayors, journalists and former high school alumni of Professor Lauro. Among all the guests, stood out the presence of Master Chef Alfonso Jaccarino from Sant'Agata, celebrated by Lauro in the historical novel, with his culinary masterpiece: "Vesuvius". The perfect organisation, from the beautiful council chamber to the directing of the event, was owed to Iole Folosa, the spokesperson of the Mayor. At the beginning of the event, the tribute by Mayor Giovanni Ruggiero took place to Rosellina Russo, the new provincial councillor of Naples, which was of great excitement for all. The two speeches of Giovanni Ruggiero, who interpreted the novel of Lauro as an invitation to "be together" as the only way to overcome the contemporary crisis, were suggestive and demonstrated a high cultural level. Professor Gugg gave a speech, which involved the entire audience. An anthropological analysis of the work succeeded in an excellent manner to involve the reading of a few excerpts from the book, focusing on the protagonist, Marino Correale, and the key word: "dialogue" between religions, and "betrayal", as a step to get closer to each other. Brilliant as always was the reference of Enzo Puglia, who sealed his speech with an innovative and valuable thought. Lauro's work fills a historical gap, as all myths (from the sirens to immortal songs such as "Torna a Surriento" and "Caruso"), about Sorrento and Capri, were created and spread around the world always by foreign artists: writers, poets, composers and painters. For the first time, according to Puglia, there is a genuine contribution to the myth of Sorrento in the world, with a literary work. The event was a similar success in Presenzano. The halls of the Ducal Palace, which reopened to the public for the special occasion after twenty years, could not contain the crowd of the citizens of Presenzano. The young mayor, Andrea Maccarelli, and the landlord, Duke Nichola Gallerani Del Balzo did the honours. A heated debate on the work of Lauro among the speakers, historians and journalists lasted until late in the evening. The next event of "Sorrento The Romance" will take place on Saturday, 1 March, at the Municipality of Sant’Agnello, commissioned by Mayor Piergiorgio Sagristani.