“DON ALFONSO 1890 - SALVATORE DI GIACOMO AND SANT’AGATA SUI DUE GOLFI”. THE NEW NOVEL BY RAFFAELE LAURO RETRIEVES FROM THE OBLIVION OF TIME A GALLERY OF IMPORTANT HISTORICAL FIGURES, WHOSE BOND WITH SANT’AGATA REPRESENTS THE HISTORICAL AND CULTURAL HERITAGE TO GUARD AND PASS FORWARD. FEAST AS A NARRATIVE INSTRUMENT 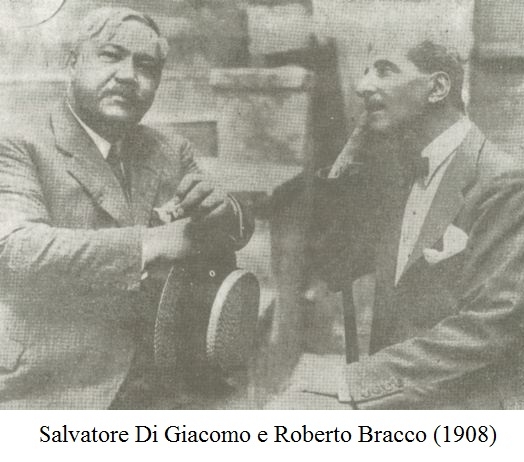 This new novel by Raffaele Lauro, “Don Alfonso 1890 - Salvatore Di Giacomo and Sant’Agata sui Due Golfi”, touches me for several reasons: the ancient and reciprocal friendship that connects me with the Author, closely related to our community in Sant’Agata, dating back to the school years; a renewed and enthusiastic representation of the natural beauty of our land, after the precious historical references in the previous novel, “Sorrento The Romance”; the precise description of the social and economic evolution of Sant’Agata sui Due Golfi in the last two centuries; the passionate and correct reconstruction of my family’s entrepreneurial history starting from the founder, my maternal grandfather, Don Alfonso Costanzo Iaccarino; the affectionate nod to my mother Anna’s hospitality entrepreneurship and, last but not least, the admiring celebration of my cousin’s professional success, chef Don Alfonso Iaccarino, accompanied by his wife Livia and their sons, Ernesto and Mario, of the international awards and of their jewel, Don Alfonso 1890, now belonging rightfully to the world of gastronomy. I want to say a public thank you to Raffaele for how, passionately, consistently and, if I may, with love, first at institutional and political level, then culturally, he was able to exalt, to consecrate and to defend our values, the values of an ancient civilization, rooted in the Greek-Roman foundations of the West, and of a contemporary civilization, linked to tourism, made of the art of welcoming our guests and of responsible protection of our natural and historical resources. This book is not a small essay on Sant’Agata sui Due Golfi, but an imposing novel, as well as a historically based fictional invention. For this reason, it should not only be read, also at school level, but it should be widespread and guarded in the years to come as a successful attempt of the will to tear the story of exceptional people like my grandfather and my cousins from the oblivion of time, who have given much and continue to give to their land of origin, creating opportunities, culture and work for all without locking themselves into sterile selfishness or complacent self-referentiality. The Author has also managed to tear from oblivion the strong bonds of important historical figures with our village of Sant’Agata, which has always been the subject of my research and personal cultural interest. For this I am particularly grateful to him, as you can see from the following conversation about historical characters present in the novel.

Q.: Like in the classical works of French, Russian or Anglo-American literature, you often resort to the instrument of feast, lunch or dinner, as a moment of family or social gathering to compare and analyse historical characters accompanying or alongside the protagonists of the novel. Why is that?

A.: Rather than a narrative technique, this “culinary” novel, which celebrates Mediterranean cuisine, great chefs and some of the world’s famous restaurants attended by historical characters, could only see a table as the ideal place to get into the details of dishes or wines, as well as the tastes of famous customers. On the other hand, to write about the bond between Salvatore Di Giacomo and Sant’Agata sui Due Golfi and the Iaccarino guest house-restaurant without mentioning his passion for the genuine dishes of Don Alfonso Costanzo’s cuisine would be omissive and anti-historical, as the great poet was notoriously a gourmet enthusiast passionate about some of your grandfather’s recipes.

Q.: The feast, however, besides assuming a purpose of culinary exemplification, seems to me also a sophisticated trick to make the characters converse among themselves, in order to focus on their judgements, their ideas, their relationships, their convergences or diverse opinions, in relation to the protagonists, the historical events they experienced or the facts of their everyday life. Apart from minor meals in the first part of the book, there are two which are absolutely “central” to narrative action, historically plausible and both co-essential to the content of the novel. The first one is held at Pensione Iaccarino in 1908, and the second one takes place twelve years later, in 1920.

A.: We could define the first one as the “guilty” meal, which brings Di Giacomo to the knowledge of Sant’Agata sui Due Golfi, Pensione Iaccarino and the cuisine of Don Alfonso Costanzo. An introduction for choosing the following year for the summer stay not the beloved Agerola, but indeed Sant’Agata. The meal is set at the end of August 1808 with the participation of two other historical characters, Di Giacomo’s friends, also in love with Agerola: playwright, journalist, songwriter from Piedigrotta, Roberto Bracco, and composer Francesco Cilea, whose most famous opera, “Adriana Lecouvreur”, was staged the previous year, in 1907, at the Teatro alla Scala in Milan under the direction of Arturo Toscanini. Di Giacomo and Bracco had been fellow journalists and lyrics writers of Piedigrotta’s songs, admired for their songs by their host, Don Alfonso Costanzo. Both linked with the Neapolitan cultural circle of philosopher and historian Benedetto Croce. 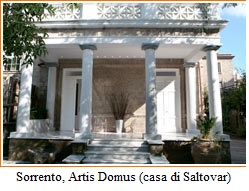 Q.: And the second meal?

A.: The second meal is “combined” by Don Alfonso Costanzo in his restaurant in 1920, taking advantage of the stay of Di Giacomo and of the Austro-Scottish writer Norman Douglas in Sant’Agata, as well as the availability of his friend and singer, the Sorrentine vernacular poet, Saltovar, the artistic name of entrepreneur Silvio Salvatore Gargiulo. 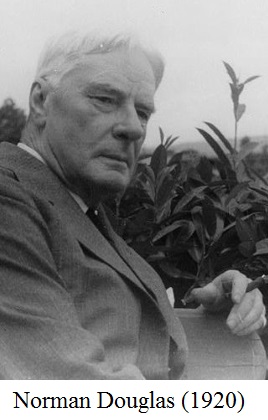 Di Giacomo and Douglas, both famous, both affectionate clients of Don Alfonso Costanzo, do not agree on anything except the beauty of the Siren Land and their attachment to Sant’Agata. Douglas had written his masterpiece, “Siren Land”, published in London, about 10 years earlier in Sant’Agata at Pensione Petagna, unsuccessful and little-known at the time, but which later on became a classic of Anglo-Saxon travel literature.

Q.: What dishes did my grandfather prepare for the illustrious guests? What were the menus for the two historic meals?

A.: I will leave it for the readers to discover. However, you won’t miss the immortal strascinati, the cannelloni alla sorrentina from the recipe invented by your grandfather.

Q.: The second half is the triumph of lunches, dinners and the famous birthday party that my cousins, Alfonso and Livia, carry engraved in their mind and heart.

A.: The birthday celebration for the world star of French song, Mireille Mathieu, at Don Alfonso 1890, inspired by my brother Nello, friend of the singer and of Don Alfonso and Livia, represented a “clou” moment of the conquered international fame of Don Alfonso and his restaurant. The cake prepared by your cousin and wife on the theme of the famous song “Vie en rose” with a date of 1945 and a reference to Édith Piaf, the author of lyrics and the unsurpassed performer of this song in 1945, with music by Louis Guglielmi (Louiguy), moved the great artist to tears, and with gratitude she instantly wanted to sing and dedicate it to the hosts. A moment of absolute beauty! 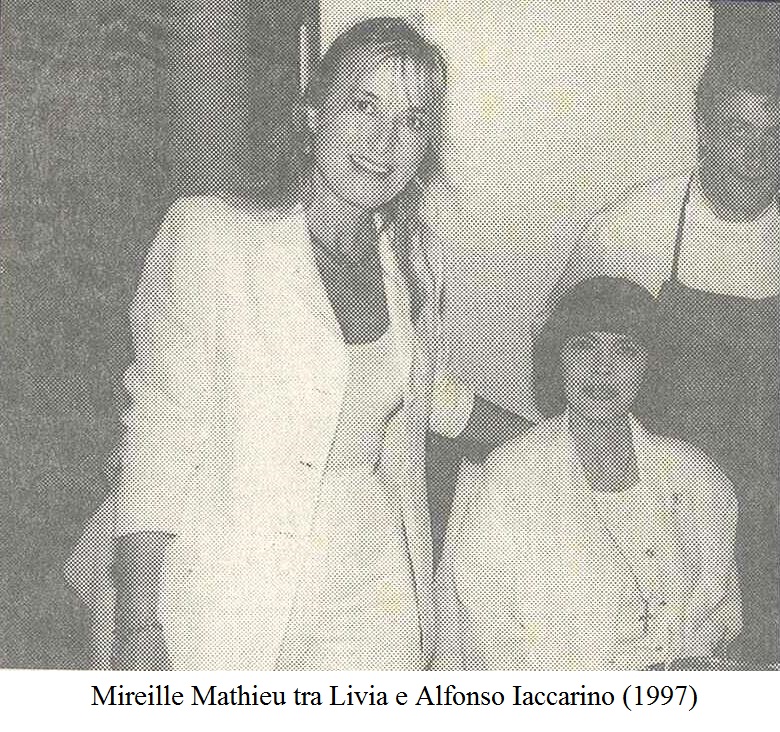 Q.: We cannot conclude this interesting conversation without mentioning the rustic lunch at Le Peracciole by Livia in honor of your brother Aniello (Nello) Lauro, another master of the art of hospitality.

A.: The entire second part of the novel, intentionally entitled Le Peracciole, the agricultural estate at Punta della Campanella, is occupied by the ideal dialogue between Alfonso and Nello, which presents their personalities, their stories of success and their historic friendship. The central moment is the lunch shared by Alfonso, Livia and Nello, prepared as a surprise by the great hostess. This lunch, in the frame of natural beauty, for the emotional bond between the three participants, for the delicacy of recalled memories and, last but not least, for the aesthetic sophistication of decorated table represents a moment of rare harmony between nature and people, between expressed thoughts and underlying feelings, among which the most precious one, that of friendship.