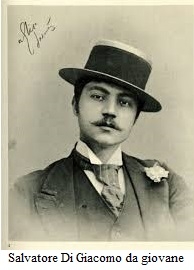 Among the hundreds of pages of the novel it is not easy to discover a not ritual, not rhetoric but intense, exciting and personalized celebration of the golden age of the classical Neapolitan song which flourished in Naples in the Piedigrotta’s environment from the end of the nineteenth century to the first half of the twentieth century through its most celebrated protagonists, songwriters, composers and music publishers. Among them, Salvatore Di Giacomo, the great Neapolitan poet, co-protagonist of Raffaele Lauro’s new novel, “Don Alfonso 1890 - Salvatore Di Giacomo and Sant’Agata sui Due Golfi”, plays the central role. Songs and recipes, poetic-musical creativity and gastronomic creativity in a mix of feelings of friendship and mutual admiration between Don Alfonso Costanzo Iaccarino, the great restaurateur from Sant’Agata sui Due Golfi, and the author of the lyrics to “Era de maggio”, the greatest gift given by Di Giacomo to his Naples and to the world of music, his masterpiece in verses. Likewise, this book is a surprising and precious gift for everyone, starting with me, a passionate interpreter of Neapolitan song. I have found there the joyful, sentimental and fervent climate of a happy Naples full of sunshine, fragrances, words, melodies and love for life. Of a Naples, alas, now gone that Lauro gives back to us like a beautiful dream. I say this not as Raffaele’s admirer, he would not need it, but as a friend of many songwriting characters remembered in these pages. I talked about this to the Author in a very long phone conversation that on his expressed request I have tried to reconstruct. Although only partially.

Q.: This new novel of yours, “Don Alfonso 1890 - Salvatore Di Giacomo and Sant’Agata sui Due Golfi”, exudes beauty, harmony, joy of life, nature, good taste and love. A lot of love. In such prosaic times, in some ways so vulgar, outrageous and disrespectful. Where did your inspiration, this magic come from?

A.: It seems to be a rhetorical question, dear Francesca. As if you were asking yourself where your passion comes from for interpreting the classics of Neapolitan song. The more reality is raw, the more the soul is driven to exalt the ideal feelings, the values of the absolute, what man has created as divine, which is in him, philosophy, poetry and music. In addition, love, passion, eros. And also the Neapolitan song, unsurpassed and unsurpassable fusion of poetry and music, as in Di Giacomo’s masterpiece. We have a duty to pass this on to the young before it’s too late.

Q.: Do you fear that all this world of harmony and light can succumb to falling into oblivion, disappearing into the dark? Have you not always call it immortal?

A.: For me, for you, it remains immortal. With regard to us. If this popular culture, the very soul of people, no longer belongs to the heritage of humanity, in order to remain, it would risk disappearing. Try to imagine for a moment that in Naples no one suddenly remembers the words and music to “’O sole mio”! That nobody remembers the thousand melodies of Piedigrotta! This fear encouraged me to writing this novel. 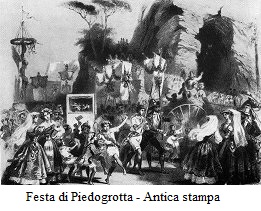 Q.: How did you manage to transfer into the book the festive and creative atmosphere of Piedigrotta in the late nineteenth century? Women as inspirational muses? Piedigrotta’s report with the Conservatory of San Pietro a Majella? I loved the scene of the auditions!

A.: Without women, the inspirational muses of journalists-poets, such as Di Giacomo and Roberto Bracco, and young composers from other southern regions, educated at the Conservatory of San Pietro a Majella, Piedigrotta would have remained a religious festival, a village festival, between the sacred and the profane, and not the celebratory place of historical Neapolitan song. Falling in love, passion, jealousy and betrayal, the omens of authentic masterpieces. The joyful auditions in Piedigrotta were a feminine paradise, with all those aspiring, very young, beautiful singers awaiting trembling for their début, ready to make a step from anonymity to stage success and become famous, demanded, like the soubrettes in Cafés Chantant of Naples or the theatres of Paris.

Q.: Believe me, I recognized myself in those girls waiting for auditions. For the success from Naples to Paris you wrote about the début of a young Lina Cavalieri at Salone Margherita in 1886.

A.: An emblematic figure of that time. Cavalieri was twenty-one years old. Di Giacomo’s hands got sore from applauding her. The Neapolitan consecration opened the door for her triumphs in Paris at the Folies Bergère, where she sang “Era de maggio” accompanied by an orchestra of guitars and mandolins, all female...

Q.: It makes me shiver when you say that these works of art could disappear. Naples without “’O sole mio”! Horrific. Let’s come back to the musical common thread of the book, “Era de maggio”, which Lina Cavalieri also sang in Paris. Where does this idea come from?

A.: It doesn’t come from nothing, it is not a figment of my imagination. I deduced it from Lucio Dalla! 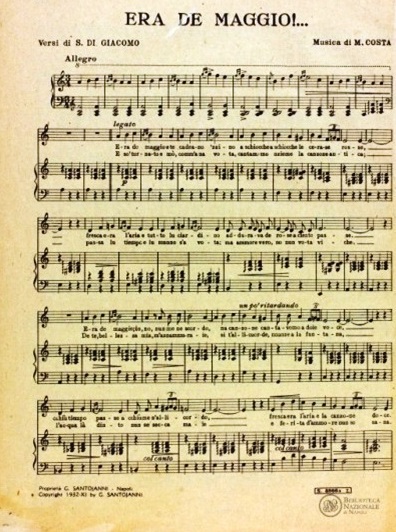 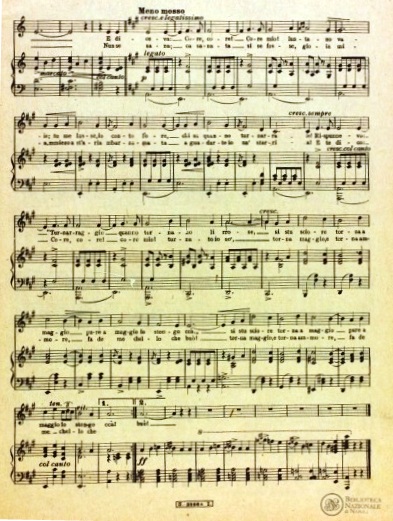 A.: If you type on Google: Lucio Dalla and “Era de maggio”, you will find a video of Lucio who sings it at a concert on RAI 1, after saying that “Era de maggio” was the most beautiful song in history for him and that, in his opinion, “Imagine” by John Lennon, ranked first in a world referendum, was nothing more than a “cutlet”! Literally: a cutlet! From Dalla to Di Giacomo, from Di Giacomo to Alfonso Costanzo Iaccarino, from a poet to my friend, restaurateur from Sant’Agata sui Due Golfi, for me the step was short.

A: For twenty-five years. “Era de maggio”, a poem by Di Giacomo, with the music of Pasquale Mario Costa, was presented in public at the festival of Piedigrotta in 1885. It was an instant success among the public. The little emigrant from Sant’Agata listened to it for the first time in 1886 on the pier of the port of Naples, where he was waiting with other hundreds of emigrants to embark for America. The boy was emotionally overwhelmed and from that moment on that song would accompany him all his life, in the moments of nostalgia towards his mother while in New York, in moments of family joy when returning to Italy, in the serenade of love for his future wife, Rosa, at the wedding party and at the children’s baptism celebrations. When the young tenor Enrico Caruso sang it at the end of the century at the restaurant, when he had it performed for the first arrival of Salvatore Di Giacomo at Sant’Agata, or at the party for the election of his son Luigi for the Mayor of Massa Lubrense. He also listened to it as a grandfather, on summer afternoons in his room. “Era de maggio” was the soundtrack of his life. He left this passion as moral inheritance to his children and, in particular, to his nephew Alfonso, who with his wife Livia loves this song with the same intense love as his grandfather.

Q.: Exciting, really exciting, Raffaele! I have read the words of thanks which Don Alfonso Costanzo addressed to his famous guest in 1909.

A.: “In America, Maestro, I would not have resisted four years and I would not have been back without your song. I was saved by the scent of emotion which you can express with your poetry. May roses are part of my existence and of my little story of a man: My mother Rosa, my wife Rosa and your roses, Maestro Di Giacomo!”

A: I answer you with the words of the protagonist of my novel, always addressed to Di Giacomo: “Cuisine is love, passion and blending. Just like your songs. When one listens to them for the first time, one doesn’t understand them in full. Then you listen to them again: as if you’ve opened them, as if you’ve entered them end grasped the fragrances of words and ingredients. That fragrance remains in the brain and accompanies you for all your life. It reminds you of a happy moment, of a never-ending emotion. Like roses that flourish in may in the garden of your life.”

Q.: I’m almost intimidated by going back to singing “Era de maggio”! Even though it has always been present in my repertoire.

A.: More than intimidated, perhaps you feel more responsible knowing Dalla’s opinon and the absolute value of this great love song.