Sei qui: Home » News archive » SALVATORE DI GIACOMO AND VICO EQUENSE. THE GREAT NEAPOLITAN POET WAS CLOSLEY BONDED NOT ONLY WITH AGEROLA AND SANT’AGATA SUI DUE[...]

SALVATORE DI GIACOMO AND VICO EQUENSE. THE GREAT NEAPOLITAN POET WAS CLOSLEY BONDED NOT ONLY WITH AGEROLA AND SANT’AGATA SUI DUE GOLFI, BUT FROM THE END OF THE NINETEENTH CENTURY HE ALSO VISITED THE THERMAL BATHS OF SCRAJO IN VICO EQUENSE. UNEDITED EVENTS OF GREAT HISTORICAL INTEREST IN THE NEW NOVEL BY RAFFAELE LAURO, “DON ALFONSO 1890 - SALVATORE DI GIACOMO AND SANT’AGATA SUI DUE GOLFI” 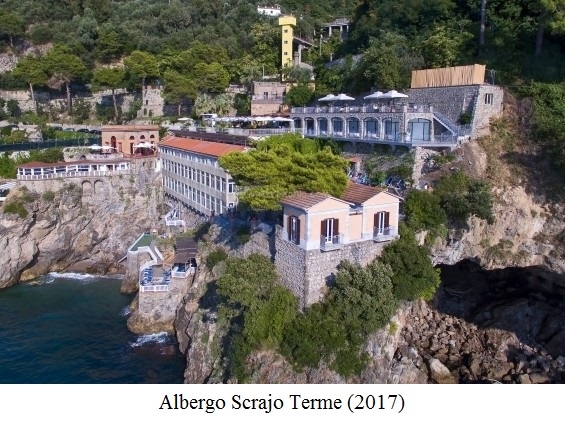 When you read the novel by Raffaele Lauro, “Don Alfonso 1890 - Salvatore Di Giacomo and Sant’Agata sui Due Golfi”, you have the precise feeling of being inside an inexhaustible mine of historical, entirely unpublished facts and events that concern the whole Sorrentine Peninsula. Also in this work, after the celebration of our city from Mount Faito to the marinas in the third novel of “The Sorrentine Trilogy”, “Dance The Love - A star in Vico Equense”, through the enchanted eyes of the great Russian dancer Violetta Elvin adopted by Vico for about sixty years, the author continues to write other beautiful pages on Vico Equense and its rich history. In particular: the visits of Salvatore Di Giacomo in the thermal baths of Scrajo from the end of the nineteenth century; his friendship with a religious and intellectual Vican, Don Gaetano Parascandolo, the first historian of our city; the debate between the two on the figure of Giovanni Battista Della Porta and on the birthplace of the great thinker of the seventeenth century and, finally, the investigations into a crime story that took place in those years in Vico Equense (“The mystery Of Vico Equense”), which involved the Vican, Neapolitan, national and French public opinion. Lauro tells us how he came to those interesting revelations, a real treat for us, and who guided him in this documentary research path followed by narrative writing.

D.: In this novel, again you do not neglect our Vico Equense, the land of origin of your maternal ancestors. Is it an emotional force?

R.: Quite the contrary. Vico Equense was not part of the original structure plan of the novel, even though I had some news of a postcard signed by Salvatore Di Giacomo, sent by the poet from the thermal baths of Scrajo of Vico Equense, sold at an auction. Subsequent research at the National Library of Naples, in the section of Lucchesi Palli, in Di Giacomo’s epistemic collection (he wrote continuously wherever he went, often on postcards with the reproductions of his photographs of Naples) did not, by the way, reveal any other correspondence from Vico Equense or a frequent attendance of the place by the poet. I asked Professor Salvatore Ferraro, my friend and bibliophile of national level, for information, and he as always led me through some of Di Giacomo’s minor writings to a surprising discovery. That postcard, now in the hands of some private collector, was not a sporadic fact. On the contrary. Salvatore Di Giacomo had been a frequent visitor to Vico Equense and Scrajo’s thermal baths since the end of the nineteenth century, where he travelled from Naples to treat the first arthritic symptoms of a disease, uricemia, which would lead to his death in 1934. At Scrajo, he met Don Gaetano Parascandolo, a local religious who was fascinated by historical research and who gave him a gift of his old local history publication. Di Giacomo was also the author of a series of crime news articles (let’s not forget that he was a crime reporter in Neapolitan newspapers at the time), published in a Neapolitan newspaper about the mysterious murder of a French boy. For all this, I am particularly grateful to Ferraro: a ray of light that has allowed us to document how much the great Neapolitan poet loved all the Sorrentino-Amalfi Coast, including Vico Equense. 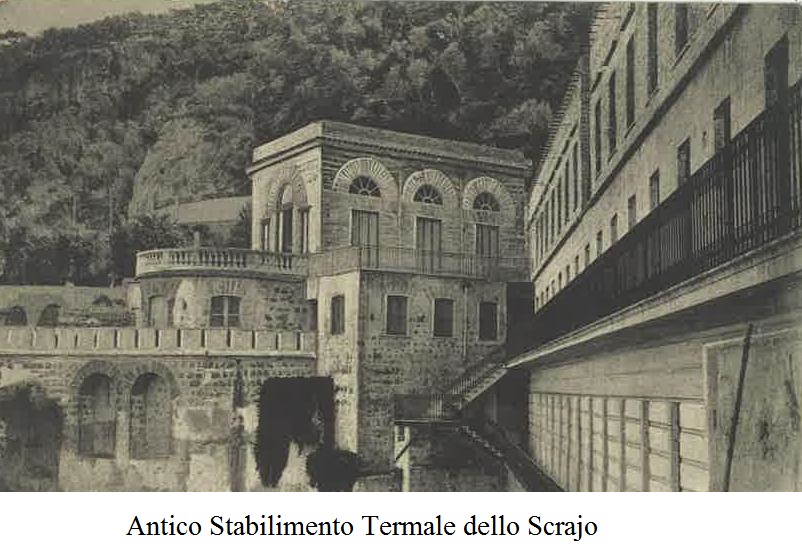 D.: Maybe you should start right from Scrajo. From the thermal baths already famous at the time.

R.: Extremely famous, I would say! Vico Equense was and is a blessed land, like all the Sorrento-Amalfi Coast. It had and has everything: the mountains, the hills, the plain, the beaches and a rich source of thermal waters that cure and treat both skin diseases and respiratory illnesses. Sky, sun, sea and thermal waters, which were recognised as highly therapeutic in 1897 by the Italian Society of Internal Medicine. The mixture of salt, bromide and iodine also cures and treats otorhinolaryngological infections, rheumatism and joint pain. Di Giacomo visited them for the latter therapy. The Scrajo’s baths, known throughout Italy since the beginning of the twentieth century, were often visited by Neapolitan and Roman personalities.

D.: To whom we owe the discovery and therapeutic use of the spring?

R.: The owner of the venue at the Scrajo sea, Sicilian doctor-surgeon Andrea Scala, immediately realized the therapeutic importance of the spring and began building a thermal spa complex expanded by his heirs, which today represents a flagship of our thermal tourism, not just at the national level. 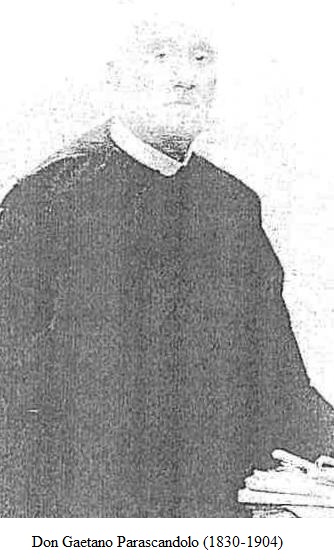 R.: Despite the age difference of thirty years, they got to know each other, they became friends and they exchanged their own publications. The friar gave him a copy of his monograph on Vico Equense, which he published in 1858, and involved the great poet in his research on the birthplace of the seventeenth-century philosopher-alchemist, Giovanni Battista Della Porta. He had been trying for years to prove that Della Porta was born in Vico Equense, in one of the hilltop villas owned by his family, a Neapolitan noble dynasty.

R.: Certainly, the matter was at the time the topic of discussion in the Neapolitan academic and cultural world. Di Giacomo considered Della Porta a true genius, a prodigal mind, an extraordinary thinker, a man of modernity...

R.: A forerunner of science according to Di Giacomo, like Campanella, Bruno, Galileo and Kepler, whose agriculture treaties are still current. That’s why the poet agreed to go with the priest in a carriage to the farmhouse of Pagognano.

R.: Don Gaetano wanted to show him the villa where, according to him, Della Porta was born.

D.: Was Di Giacomo convinced by this?

R.: Not entirely, but he advised the elderly religious to look for the act of birth for certainty. The view of orchards and vineyards, however, the smells of mint and myrtle, and the copious and varied flora described in the Latin works of Della Porta convinced him that in those places the philosopher, if wasn’t born, certainly grew up and lived among fields, vegetable gardens, chestnut woods, olive groves and prosperous and low vineyards.

D.: What do we know about Don Gaetano Parascandolo?

R.: The researchers of Vican affairs would do well to get to know more about this figure of intellectual priesthood, of liberal inspiration, censored by the hierarchy. He was thirty years older than Di Giacomo, born in Vico Equense in 1830 in an old noble Vican family. Passionate about homeland history, he published a monograph on Vico Equense in 1558, of which he was very proud. Professor at the Cava seminar, of patriotic inspiration, he falls under the severity of the archbishop of Sorrento. He also had to fight for recognition of the family canon. Prior to his death in 1904, thirty years before Di Giacomo, he took the satisfaction of publishing historical news about the birth and the figure of Della Porta, the result of his research of ten years, and a biography of the last bishop of Vico Equense, the Republican Michele Natale, hanged in 1799 for his liberal ideas. 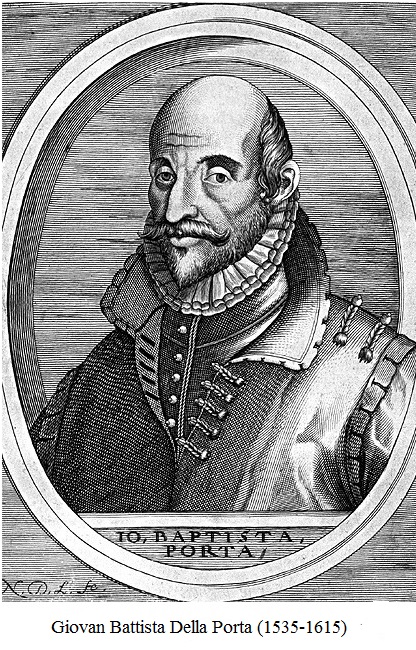 R.: A matter of great interest!

D.: I read that Di Giacomo was also interested in a murder committed in Vico Equense, a murder mystery?

R.: Precisely. From 23rd July to 3rd August 1894, he wrote seven magisterial articles for the public judicial chronicle, in fact authentic narrative masterpieces, published on “Il Corriere di Napoli”, entitled “The Mystery of Vico Equense”, with which he updated the public about the murder of a French boy, while the investigators and magistrates, contradicting each other, moved around blindly.

R.: The corpse of a 13-year-old French boy, Henry Maubertot, was thrown down the rocks beneath La Fusarella by his stepfather, Marquis Luciano Gastone De Nayve, for inheritance reasons. It took nine years to get to the truth. Eventually, the murderer was convicted in France for this serious crime, also thanks to Di Giacomo’s articles.

R.: Let’s not forget that Di Giacomo was born as a Neapolitan journalist, and a crime reporter. But those crime articles reveal his wealth as a narrator and his poetry feeling.

D.: Will you present the book in Vico Equense, as well as in Sant’Agata sui Due Golfi, Agerola and Sorrento?

R.: I hope so. I would love to do it in Albergo Scrajo Terme, still ran by the heirs of Scala. It would be a tribute to Don Salvatore, the poet, to Don Gaetano, the liberal priest, and to Dr. Andrea Scala, the discoverer of the therapeutic properties of the ancient Scrajo thermal spring.