LUCIO DALLA. A SPECTACULAR INSTITUTIONAL AND MUSICAL TRIBUTE OF SORRENTO, SAN MARTINO VALLE CAUDINA AND THE FAUNO NOTTE CLUB OF SORRENTO TO LUCIO DALLA ON 5TH ANNIVERSARY OF HIS PASSING (1ST MARCH 2012/1ST MARCH 2017) AND ON THE 74TH BIRTHDAY (4TH MARCH 1943/4TH MARCH 2017) OF THE GREAT ARTIST FROM BOLOGNA. LAURO: “UNFORGETTABLE CELEBRATIONS” 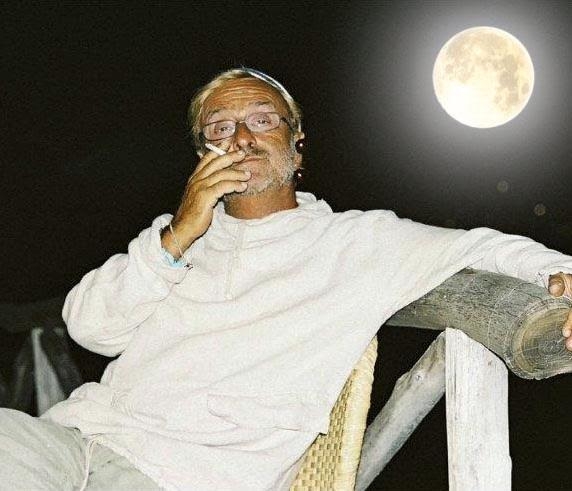 On the 5th anniversary of the passing (1st March 2012/1st March 2017) and on the 74th birthday (4th March 1943/4th March 2017) of Lucio Dalla the Municipal Administration of Sorrento, the Municipal Administration of San Martino Valle Caudina and the Fauno Notte Club of Sorrento have organised a spectacular institutional and musical tribute to the great artist from Bologna. The mayor of Sorrento, Solicitor Giuseppe Cuomo, and the mayor of San Martino Valle Caudina, Arch. Pasquale Pisano, will officially celebrate in their town halls the twinning of the two towns at 11.30am on Friday, 3rd March in San Martino Valle Caudina and at 11.30am on Saturday, 4th March in Sorrento. In the summer of 1986 in Sorrento Dalla composed “Caruso”, and on 18th August 1986 he sang the masterpiece for the first time in front of a big audience in San Martino Valle Caudina. Two study conferences will follow in the afternoon of the same days in the council chamber halls at 5pm. The events on the topic of “Lucio Dalla: a man, a poet, and a musician” will be coordinated by writer Raffaele Lauro, author of three novels and a documentary on the singer-songwriter’s bond with the Sorrentine coast and the mountain village of Valle Caudina. To most appropriately conclude the Dallian celebrations of 2017 after the events organized by the Municipality of Sorrento also in previous years, the Fauno Notte Club of Sorrento will pay a musical tribute to Dalla on Saturday, 4th March 2017 at 8.30pm, as wanted by the host of the local nightclub, Maurizio Mastellone, and created and directed by director Eleonora Di Maio. The most beautiful songs of Dalla will be performed during the evening and, in conclusion, also the “A ragamuffin, a clown” (R. Lauro G. Cardella, P. Della Mora, A. Lucerna) song dedicated to the artist on this celebratory occasion by Lauro. It will be the first live performance, a première of this new composition. Lucio Dalla arrived to Sorrento for the first time in 1964 to perform together with the band of The Flippers as a young clarinettist right at the Fauno Notte Club of Franco Peppino Jannuzzi, thus inaugurating a friendship with Sorrento and with the Sorrentines, which was to last more than fifty years. “The extraordinary celebrations this year – said Lauro – focused on the twinning between Sorrento and San Martino Valle Caudina, consecrate in the name of the artist the ideal bridge between the two realities, different from each other, both, however, much loved by Lucio. I thank for this Mayors Cuomo and Pisano, Councillors for Culture Maria Teresa De Angelis and Francesco Bello, as much as I am grateful to Maurizio Mastellone and Eleonora Di Maio for wanting to bring back Lucio Dalla after decades to the Fauno Notte Club. I will be present at all the events and at the unforgettable evening of poetry, music, dance and emotions. I am sure that all the Sorrentines who remember Dalla and love his wonderful songs would like to take part in the 2017 celebrations and experience the emotions at the Fauno Notte Club.”