Sei qui: Home » News archive » LUCIO DALLA. AN INTERNATIONAL WEB PEMIÈRE OF A SONG DEDICATED BY WRITER RAFFAELE LAURO TO LUCIO DALLA ON THE OCCASION OF THE 5TH [...]

LUCIO DALLA. AN INTERNATIONAL WEB PEMIÈRE OF A SONG DEDICATED BY WRITER RAFFAELE LAURO TO LUCIO DALLA ON THE OCCASION OF THE 5TH ANNIVERSARY OF THE PASSING OF THE GREAT ARTIST FROM BOLOGNA (1st MARCH, 1st, 2012/MARCH, 1st, 2017). VIDEO AVAILABLE ON YOU TUBE 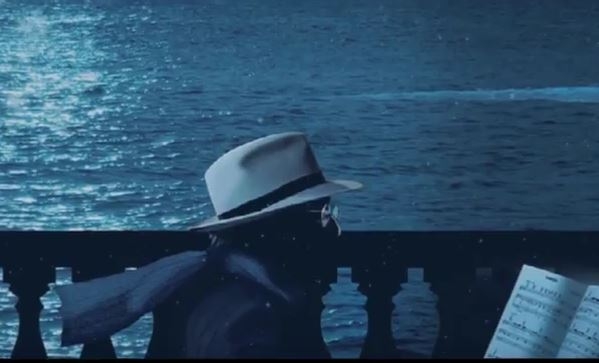 On the occasion of the 5th anniversary of the passing of Lucio Dalla (March, 1st, 2012/March, 1st, 2017) and the imminent twinning of Sorrento and San Martino Valle Caudina, the beloved places of Dalla linked to his masterpiece “Caruso”, writer Raffaele Lauro (www.raffaelelauro.it), the author of three books about the singer-songwriter (“Caruso The Song - Lucio Dalla and Sorrento”, 2015; “Lucio Dalla and San Martino Valle Caudina - In the eyes and in the heart”, 2016, and “Lucio Dalla and Sorrento Tour - Stages, images and testimonies”, 2016) and of the documentary (“Lucio Dalla and Sorrento - Places of the Soul”, 2015), dedicated a song to the artist from Bologna, entitled “A ragamuffin, a clown”, with music by Giuliano Cardella, Paolo Della Mora and Alberto Lucerna, and performed in the video inserted below via a link to You Tube by the musical group “The Sputos”. “This song, as well as the books and the documentary - stated Lauro - was inspired by Dalla. I wrote the text in an instant at night, overtaken by a great emotion having had a dream about Lucio singing “on a bigger square, where the eternity sparkles and winter never sets”. I have added there some wonderful self written verses, which I will donate to his and now also my great friend from Barletta, journalist Giuseppe Dimiccoli. I thank maestros Cardella, Della Mora and Lucerna, who created the music with heart, and I thank the musical group that accompanied me in 2015 at a few stages of the ‘Lucio Dalla and Sorrento TOUR’ for performing. The images in the video, created by Michele Martucci, couldn’t have been different than of the places of his soul, of Sorrento, the corner of his paradise. I trust that this new proof of love for Lucio can be picked up by a great interpreter of Italian songs to keep worthily celebrating a man, a poet and a musician, of whom we all feel the nostalgia and lack.”