LUCIO DALLA RETURNS TO THE NATURAL CHARM OF SAN MARTINO VALLE CAUDINA. A TRIBUTE EVENING TO THE GREAT ARTIST, ORGANISED BY THE MUNICIPAL ADMINISTRATION, ON FRIDAY, 7TH AUGUST 2015 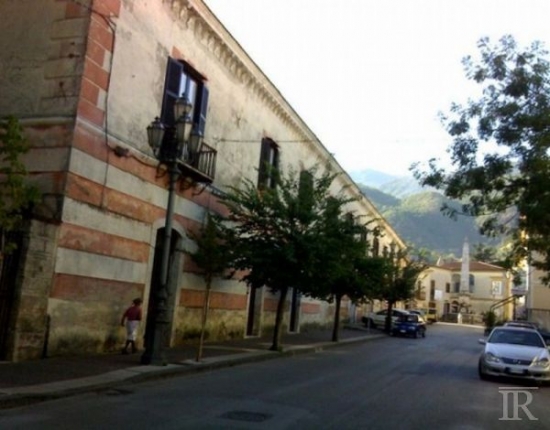 Lucio Dalla returns to the natural charm of San Martino Valle Caudina twenty-nine years after the historic visit of 19 August 1986, when, at the San Martino Art event, organized by Gianni Raviele, he sang his masterpiece “Caruso” for the first time in public, after composing it in the previous weeks spent in Sorrento. In that magical evening in Irpinia, Lucio Dalla, with his face burned by the sun and salt, with the usual white panama on his head, delighted the crowd in the city amphitheatre for two hours, interrupted by thunderous applauses until the final twist: when the lights were dimmed and the public was hit with the first two verses of “Caruso”. In front of that musical and emotional explosion of pure beauty, the crowd listened speechless, without interrupting the performance. That involvement was then transformed into a deep collective emotion, which broke out at the end in an endless acclaim. The singer-songwriter from Bologna will be the protagonist of the tribute evening on Friday, 7th August 2015, at 7pm, at the Council Chamber of the Town Hall, in Piazza Girolamo del Balzo, 1. The event organized by the Municipality of San Martino Valle Caudina, will begin with the presentation of the biographical novel by Raffaele Lauro, “Caruso The Song - Lucio Dalla and Sorrento”, published by GoldenGate Edizioni, and will be opened by the welcoming greeting by Pasquale Ricci, Mayor of SMVC. The event will be introduced and coordinated by the Council Member of the Dept. of Culture of SMVC, Erminio Petecca. Among the speakers: the President of Pro Loco SMVC, Domenico Pisano, the Head of “Il Caudino”, Alfredo Marro, and the Deputy Chief of the State Police, Prefect Matteo Piantedosi. The evening will be concluded by Gianni Raviele, currently the Chief Editor of the culture division of TG1 and patron of the San Martino Art festival. The event will be followed by the screening of the documentary film by Raffaele Lauro, “Lucio Dalla e Sorrento - Places of the Soul” (60’). The Council Chamber will also host an exhibition of a few photographs commemorating Lucio Dalla's bond with San Martino Valle Caudina. “Lucio Dalla - said Raffaele Lauro - loved San Martino Valle Caudina and always happily went back there in the summer. In San Martino Valle Caudina, evoking the Sorrentine sea and the moon, Dalla inaugurated the long journey of his masterpiece, that would make him an international star of pop music.”