Sei qui: Home » News archive » A TRIUMPHANT TOUR OF LUCIO DALLA AND RAFFAELE LAURO IN APULIA, IN THE PERFECT LINK BETWEEN SORRENTO, BARLETTA, THE TREMITI ISLANDS[...]

A TRIUMPHANT TOUR OF LUCIO DALLA AND RAFFAELE LAURO IN APULIA, IN THE PERFECT LINK BETWEEN SORRENTO, BARLETTA, THE TREMITI ISLANDS AND MANFREDONIA 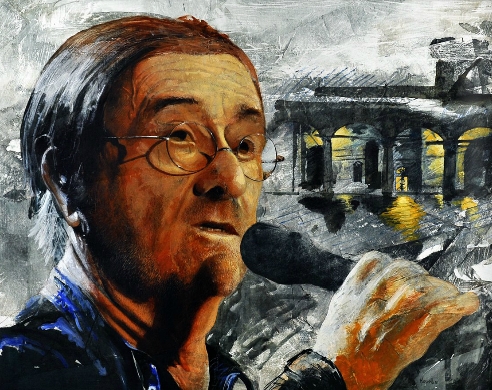 Two memorable and unprecedented evenings gathered the public in Barletta and in Manfredonia, in the sign of Lucio Dalla's great love for Sorrento, Barletta, the Tremiti Islands and Manfredonia. Yesterday evening in the breathtaking scenery of the tourist port of Manfredonia, under the dominating full moon, in the presence of the Under Secretary of State, Sandro Gozi, the Prefect of Foggia, Maria Tirone, and all the civil and military authorities, Raffaele Lauro received the “International Award for Culture - Re Manfredi 2015, for Legality”, presided by Giovanni Tricarico, from the Mayor of Manfredonia, Angelo Riccardi. The justification, read by the mayor, retraced the institutional career and literary achievements of the Prefect/writer from Sorrento, including his latest work, “Caruso The Song - Lucio Dalla and Sorrento”. Having dedicated the award among the applause of hundreds of the Manfredonians to the great artist from Bologna, in the ideal link between Sorrento, Barletta, the Tremiti Islands and Manfredonia, Lauro addressed a critique against organized crime, racketeering extortion, usury and gambling, which oppress and plunder the South, and concluded: “Without the rule of law and culture the South is gone. This combination is the salvation of the young Southern generations, beloved by Lucio”. Also on Friday night, music, emotions and memories of Lucio Dalla dominated the crowded courtyard of the Prefecture of Barletta, in the presence of Mayor Pasquale Cascella. Giuseppe Dimiccoli, Maurizio Altomare and Francesco Logoluso had moved the enthusiastic audience, before the closing speech of Lauro, who enchanted the viewers, speaking of the affectionate bond of Lucio Dalla with Sorrento and its inhabitants, and the creation of the masterpiece, “Caruso”. By popular demand of the local administrations and cultural associations, Lucio Dalla will return to Apulia in autumn: in Molfetta, Barletta and Manfredonia, with the documentary by Raffaele Lauro, “Lucio Dalla and Sorrento - Places of the Soul”.