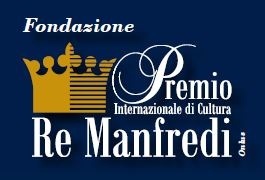 Prefect and writer, Raffaele Lauro will be awarded the International Culture Award “Re Manfredi” 2015 for Legality, by the Mayor of Manfredonia, Hon. Angelo Riccardi, in the presence of HE the Prefect of Foggia, Maria Tirone. The ceremony will take place in Manfredonia on Saturday, 1st August 2015 at 8pm, at the Tourist Port “Marina del Gargano”, 1 Lungomare del Sole. The International Culture Award “Re Manfredi” for Legality was assigned in 2015 in continuity with the past, to an institutional figure, recognized nationally for their commitment to the rule of law and culture: Raffaele Lauro. It was awarded previously among others, to the mourned Prefect Antonio Manganelli, General Director for Public Security and head of the State Police, Pietro Grasso, national anti-Mafia prosecutor and now President of the Senate, and General Leonardo Gallitelli, general commander of the Carabinieri. Prefect Lauro excelled in all the held offices, in particular from 1990 to 2008, in an uncompromising struggle against the Mafia, economic crime, racketeering of extortion and usury, including usury in banking, in cooperation with the National Anti-usury Council. Later from 2008 to 2013, he transferred this firm commitment in favour of legality, from government institutions to the halls of the Parliament, particularly to the anti-Mafia commission, expressed in a boundless battle against the rampant phenomenon of gambling in order to obtain the strict regulation of the sector, the protection of minors, the care of gambling addicts, the ownership transparency of concessionary companies and the enforcement of the anti-Mafia standards with respect to the holders of gambling halls, frequently nominee accomplices of organized crime. He was the Head of the Secretariat of Ministers of Post and Telecommunication, Finance and the Interior, in 1990 appointed by the government Councillor of the Court of Auditors and then Prefect of the first class. He held a number of prestigious posts: Head of Cabinet of the Ministry of Interior, Director General, Inspector General, adviser of the Presidency of the Council of Ministers, Head of Cabinet of the Ministry of Production and, finally, Special Commissioner of the government for the fight against racketeering and usury. He received numerous national and international awards and honours, in particular, the Empedocles Award of Agrigento in 2004, dedicated to the memory of Paolo Borsellino. Born in Sorrento, in 1944, student-worker, after graduating with multiple degrees (political science, law, economics, journalism and direction), always with the highest honours, Lauro taught philosophy in high schools as ordinary professor, and then moved on to become a law professor of mass communications at the Luiss University in Rome. Publicist, essayist, director and writer, in 1987 he won the Chianciano Award for Fiction Opera Prima, the first of the twelve successful novels, including the latest one, the biographical novel (2015) dedicated to the great friend of Manfredonia, Lucio Dalla: “Caruso The Song - Lucio Dalla and Sorrento”.