Sei qui: Home » News archive » “DANCE THE LOVE - A STAR IN VICO EQUENSE”: THE PREMIÈRE OF THE COVER OF THE NEW NOVEL BY RAFFAELE LAURO

“DANCE THE LOVE - A STAR IN VICO EQUENSE”: THE PREMIÈRE OF THE COVER OF THE NEW NOVEL BY RAFFAELE LAURO 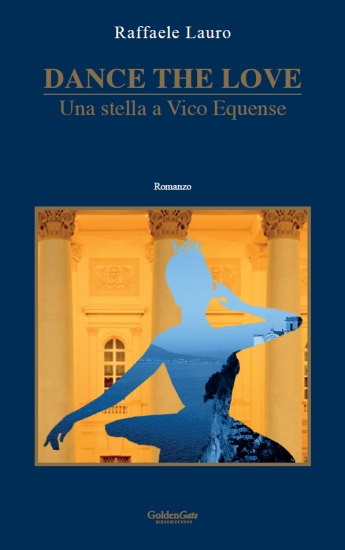 The cover of the third novel of "The Sorrentine Trilogy" by Raffaele Lauro, entitled "Dance The Love - A Star in Vico Equense", was created by designer Teresa Biagioli, in a format aligned, not only from a chromatic point of view, with the covers of "Sorrento The Romance" and "Caruso The Song - Lucio Dalla and Sorrento". In the first cover, the dominant element was created by the Turkish scimitar and the colours of Suleiman the Magnificent looming over Sorrento still emerged in a dreamy dawn, as a sign of an imminent tragedy (the Turkish assault of the city). The cover of the second book is a direct image of Lucio Dalla, while he composes his masterpiece "Caruso" on the old terrace facing the gulf of Sorrento, immersed by the magic of the lunar night in an aura of eternity to highlight the immortality of Dalla's work. In the third cover, the composition elements and the use of prospective allow to immediately read the complex existential and artistic parabola of the protagonist of the novel, the famous Russian dancer, Violetta Elvin, born Prokhorova: the golden splendour of the face of the Bolshoi Theatre in Moscow, where Violetta was born to the art of Terpsichore; the silhouette of Violetta while she dances in London at the peak of her success, and the profile of Vico Equense, a place of the soul, where for the reasons of love Violetta finds her forever refuge. The titles chosen by the Autor have an obvious tautological meaning, underlined by the English definite article: Sorrento (The) Romance; Caruso (The) Song and Dance (The) Love. This final novel completes the perfect circularity of the Spirit, the act of love of Raffaele Lauro towards his native land, expressed through History, Faith, Poetry, Music, Dance and Love: the act of love, the extraordinary testimonies of which are the three protagonists of the Trilogy: Marino Correale, Lucio Dalla and Violetta Elvin. The novel "Dance The Love - A Star in Vico Equense" will be published in February 2016, also by GoldenGate Edizioni, and will appear in libraries in a bilingual version, in English and Italian. After the natural beauty of Massa Lubrense, Sorrento, S. Agnello, Piano, Meta and Capri, the Author highlights in this particular novel the beauty of Vico Equense and Positano, with a red thread, which links the two worldwide dance stars (Léonide Massine and Violetta Elvin).