Sei qui: Home » News archive » Raffaele Lauro receives the "International Award for Culture - Re Manfredi" for his merits in the field of culture and defence of [...] 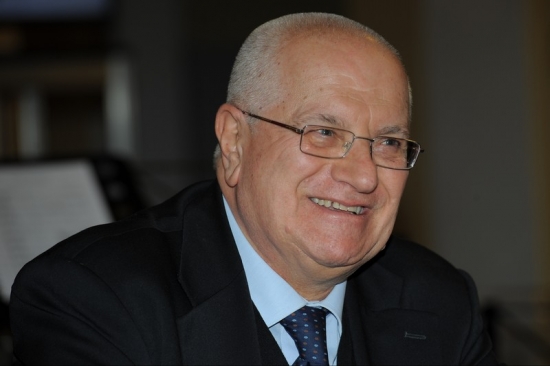 Raffaele Lauro received the "International Award for Culture - Re Manfredi" for 2015 (24th edition) for all the merits attributed unanimously to him in the filed of culture and defence of the rule of law while holding institutional offices (Prefect, Head of Cabinet of the Ministry of Internal Affairs and Economic Development, Special Commissioner of the Government and Senator of the Republic), with a special reference to his constant battle with organised crime, racketeering extortions, usury and gambling. This prestigious recognition, a fruit of collaboration between the Region of Puglia, the Province of Foggia, the City of Manfredonia and the National Park of Gargano, is awarded annually to people of different origins, nations, regions and cultures, who open new cultural horizons of confrontation, especially in Southern Italy, of which the area of Puglia is a representative and integral part. The award will be presented during an official ceremony on 1st August 2015 in Manfredonia, on the square called "Falcone e Borsellino". The laureates of the previous editions, also for the defence of the rule of law, were among others, the mourned Prefect Antonio Manganelli - General Director of Public Security and Head of the State Police; Pietro Grasso - national anti-Mafia prosecutor and now President of the Senate, and General Leonardo Gallitelli - Commanding General of the Carabinieri. In 2004, the Academy of Mediterranean Studies of Agrigento had already awarded the, at the time, Prefect Raffaele Lauro for the same merits, with the equally prestigious "Award Empedocles 2004", dedicated to the memory of Paolo Borsellino.