Sei qui: Home » AN EXTRAORDINARY GALLERY OF FEMALE FIGURES IN THE NEW NOVEL BY RAFFAELE LAURO, “DANCE THE LOVE - A STAR IN VICO EQUENSE”.

AN EXTRAORDINARY GALLERY OF FEMALE FIGURES IN THE NEW NOVEL BY RAFFAELE LAURO, “DANCE THE LOVE - A STAR IN VICO EQUENSE”. 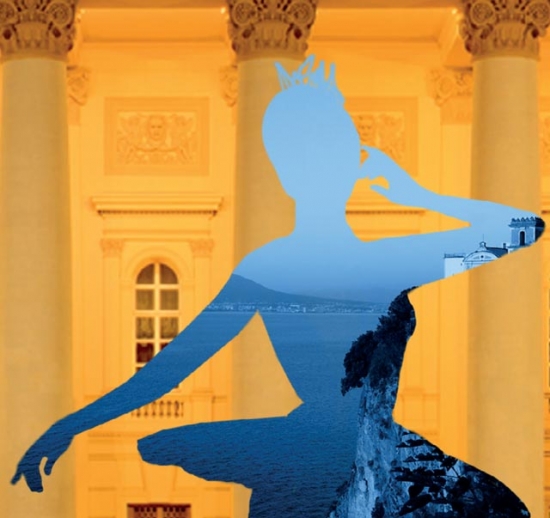 After reading some interviews published by Raffaele Lauro on the third novel of his “Sorrentine Trilogy”, due out in July and dedicated to the great Russian dancer Violetta Elvin and the “paradise” of Vico Equense, I thought I knew all the interpretation keys of this book: the historical-political key, the artist's celebration key, the choreography, the philosophical, the humanistic and, as always, the openly naturalistic key which dominates everywhere. I did not account for the consummate narrative skill of the writer, who in his fourteenth attempt is able to wisely weave human stories and historical events, almost imperceptibly conducting the reader by the hand into the “inside” of historical or invented characters, and involving them in their inner world, in their passions, in their hopes, their dreams, and last but not least, in their more or less aware expectations of the other time, the eternal. He did it masterfully with Lucio Dalla revealing his hidden humanity, his hidden torments and his religious faith of great significance. Lauro offers, therefore, not only different levels of reading, depending on the type of cultural approach, intellectual sensibility and aesthetic curiosity of the reader (hence the accessibility, usability and success of his writing with the readers), but he opens for them new mental frontiers, new spiritual horizons. The privilege, which I was granted, to be able to see a preview of the drafts of the book, for which I'm grateful, gave me a confirmation of the symbolic, and in some verses salutary role, which the writer attributes to the female figure, the contemporary woman. I understood what Patrizia Danzè had meant, when she wrote about Lauro already a decade earlier: “In the works of Lauro we witness the triumph of a woman, not an abstract woman, but a concrete one, be it mother or grandmother, wife or daughter, friend or lover, and even Madonna, never separated from her destiny as a 'saviour' of the world”. On the other hand, Lauro repeats usually: “Only women can save the world, men would destroy it”. For this reason, I have read the book from a female perspective, on which I got to interview the writer.

D: Does the female figure, the woman, triumph also in this novel, starting from the protagonist, Violetta Elvin?

R: This novel explicitly celebrates a great artist, but first of all, a figure of a brave, freedom-loving woman, curious of the world, nature and art as high expression of human creativity. Music, painting and dance. I could define Donna Violetta as a woman of “Renaissance” with an eye to the future, and with the knowledge of the past. Qualities that she inherits genetically from her father, an airline pilot and inventor. Donna Violetta also challenges power and dictatorship, and adapts quickly to a free society, such as the English one.

D: I was particularly moved by two episodes linked to two other female characters: little Zina Baryshnikova and mother Irena Teofilovna Grimouzinskaya. That is, when the protagonist discovers that she is living in a dictatorial regime, and when she reads to her mother, who came to Italy, a letter on Renaissance art censored by the KGB. Two episodes described with a touch of great literature, without indulging in pity or sentimentality.

R: Violetta finally discovers the cruelty of dictatorship when one morning her school colleague, Zina, appears in the classroom and announces that she would not be coming back to school, because her parents were arrested and confined in Siberia. The reading of the letter written by Violetta to her mother and censored by the political police becomes a kind of compensation, from woman to woman, from mother to daughter. Zina and Irena are two female victims, mourning female figures, who paradoxically highlight the courage of Violetta.

D: I was also impressed by the sense of belonging that dance teachers inculcated in the young students of the Bolshoi Theatre ballet school.

R: The teaching of dance is always a proof of great sacrifice and great rigour in any theatre in the world. In case of those teachers, Elizaveta Pavlovna Gerdt and Maria Alekseevna Kozukova, teaching becomes for their students a chance for female liberation on personal and social level. The only possibility in that kind of a closed society.

R: A female solidarity, rather than art solidarity, is created immediately between the director of the Royal Ballet, Ninette de Valois, and Violetta. Ninette protects Violetta without ever favouring her, and is rewarded with the professionalism and willingness of the young Russian dancer. Margot Fonteyn and Violetta, despite the supposed rivalry invented by British newspapers, do not fail ever to respect each other and share mutual esteem, which often, even in the world of dance and entertainment, are more apparent than real.

The farewell wishes for Violetta on the day of ending her career, from de Valois and Fonteyn, confirm that female solidarity has contributed to the inclusion of a foreigner, a Russian, in the complex English-speaking world.

R: The reconstruction of the relationship between Callas and Elvin during the period when they worked together in their respective roles at the Teatro alla Scala of Milan cost me a great effort, but I am satisfied with the way the two profiles of women are portrayed by this confrontation, both charming, but different. The first one, a victim of unrequited love, the second one who abandons success for love and is rewarded for her choice. The kindness that Violetta manifested towards the tormented love affairs of the great soprano is another example of female solidarity, not plagued by short-lived rivalry or professional jealousy.

D: Female friendship is also proven by the visit in Vico Equense, after dozens of years, of Violetta’s classmate from the Bolshoi Theatre, Inna Zubkovskaja.

R: Violetta was also friends with her school colleagues from the Bolshoi Theatre dance school, and we can see it when her best friend from her youth, Inna Zubkovskaja, does everything to reach Vico Equense just to see her again and say hello, even though at that time Violetta is in London.

D: Even though they never meet for time reasons, I very much appreciate the description of the figure of the great dancer Anna Pavlovna Pavlova. I thought to have found found in her, despite her premature passing, an advance of not only professional, but also human qualities of Violetta Elvin. Is that so?

R: The historical figure of Anna Pavlovna Pavlova directly influenced the history of dance. Now I am rating this possible affinity between Pavlova and Elvin. Elvin did not revolutionize dance like Pavlova, but, on reflection, they are both women full of courage, innovative and ready to challenge reality.

D: Can we define them both as a metaphor of two artists in love with freedom and art, without conditions?

R: They are it. They represent two examples, two images of women in the future.